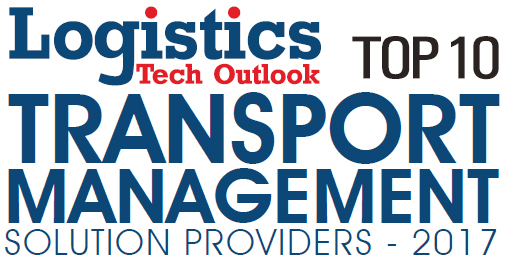 Princeton TMX: The Next Generation of Transportation Management

Tim Minnich, President
Shippers face a myriad of challenges, and at the top of it all is the necessity to control escalating transportation costs. Recognizing that the key lies in cutting-edge solutions capable of tracking shipments in real time, calculating freight rates, and aligning carrier capacity with shipments, Princeton TMX has developed a next generation Transportation Management System (TMS). With its intuitive solutions, Princeton TMX automates the transactions between shippers and carriers, empowering shippers to manage its transportation activities analytically versus tactically. “Our advanced TMS delivers web-based operations which automate over 95 percent of routine transactions,” says Tim Minnich, President, Princeton TMX.

With the aim to provide shippers complete visibility throughout the shipment lifecycle, Princeton TMX has designed its TMS to deliver the best, most intuitive, user experience in the marketplace. Utilizing responsive technology, Princeton TMX bridges the chasm between web and mobile user experience. The holistic platform includes modules such as Tendering, Appointment Scheduling, Rate Management, Automated Payment Processing, and Business Intelligence. Being easy to configure, end-users can be up and running with the platform with minimal training.

“Our Tendering Module is the backbone of our TMS,” states Minnich. As the module facilitates rules-based tendering, shippers can create tenders aligned with their requirements. These rules are configurable at a Company, Product Line, Lane, or Location level. Shippers have the flexibility to apply different methods of tendering, which include auto, single, broadcast, optimal, allocation, or a combination of methods. This enables the TMS to meet the specific needs of their business.

Additionally, Princeton TMX offers Spot Rate Tendering and the ability for shippers to post loads to a Private Load Board.

Princeton TMX not only streamlines tendering, but also aligns shipment plans with business requirements through its Appointment Scheduling Module. This module allows shippers to configure dock schedules and provides a platform for carriers to self-schedule appointments.

To nullify the complexities of a shipper’s transportation processes, Princeton TMX collaborates with their customer to configure the software to align with the customer’s requirements. This synergy allows Princeton TMX to determine the customer’s expectations and transaction preferences, reducing complexities in performing a gamut of tasks. In accordance with business and operational needs, the company connects the dots with its technology knowhow. Princeton TMX enables its clients to overcome the obstacles in shipping by unleashing the power of cutting-edge technologies and artificial intelligence.

Princeton TMX traverses several market verticals, including agriculture, paper, lumber, steel, packaging, minerals, chemicals, and food. The company plans to expand its product offering to include additional modes of transportation, as well as providing product level tracking and mode selection. At the end of the day, Princeton TMX looks to provide a one-stop shop for all of a firm’s transportation management needs.